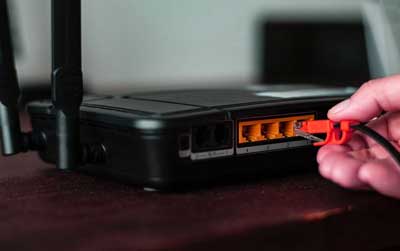 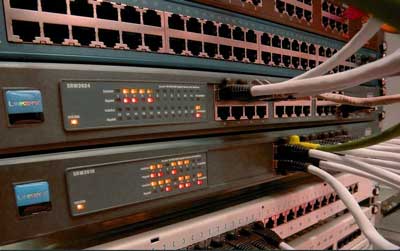 Total Security Vision provides the best grade Routers & Firewalls for your security at your firm, for SOHO, Mid Size, and Enterprise Business.

Routers are one of the most important pieces of hardware in a computer network. They act as the heart of your network(s), and they are often used to connect devices to the Internet through them. Routers can also be used to create a private network, which can be used to share files and printers between specific devices and computers securely. Routers carry the burden of trafficking all the various local network(s) and internet connections alike with the more active devices the better performing router being needed to have a network always consistently running fast and reliable. They can also help to improve security by creating a hardware firewall between different networks which is much more powerful than just a software firewall simply by design alone but also in performance as well.

Firewalls are an important part of a layered security approach to protect against cyber attacks. They provide the first line of defense by blocking incoming traffic from known malicious sources and can also control outgoing traffic to prevent sensitive data from leaving a computer or network.

Both Routers and firewalls are important Network Security tools that help protect your computer from malicious attacks, Malware, Ransomware, Hacks, and Breaches. Routers also act as a barrier between your computer and the internet which can be configured to block an array of different types of traffic including automatic detecting harmful or unauthorized traffic and blocking them before any damage might be done. Firewalls are similar to routers but can be configured to allow or block specific types of traffic based on a set of rules. Properly configured routers and firewalls can help prevent your network and any of the devices or computers from being accessed by unauthorized users and can also help protect your computer from malware and other malicious attacks.

*Images are not the actual products and are for representation only

*Images are not the actual products and are for representation only